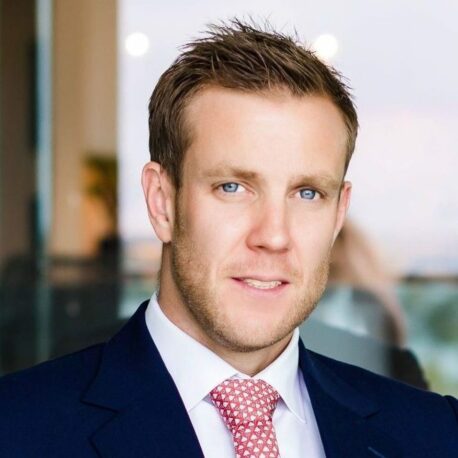 His formal title is Co-Founder and Co-Managing Partner – but he is so much more than that.

For Benji, “24-hour days are just too darn short,” which is why you will find him at his desk by 6:30 am (after already having killed it on his road bike from 4 am) and at lunchtime, you can typically find him in the surf or doing a workout at CrossFit. He does all this while attempting to be the best husband to his wife – Cayman’s finest photographer and CrossFit icon, Lisa – and dad to two energetic boys plus master of the house cats Hurricane Harvey and Felix.

Born in South London, Benji moved to Portugal aged 4 and lived there until he was 18, which is why you will always hear him say, “I have British skin but Portuguese blood.” This mantra holds true to any sporting activity, where he always looks to his lusophone roots for that extra burst of motivation.

Educated first at Radley College Oxford and then at the University of Manchester, Benji has always had an eye for architecture, culture and languages as was demonstrated by his A-levels and degree in Hispanic Studies and Economics.

In the years between school and university, Benji spent 18 months living in Brazil where he taught English to less fortunate children in a Favela just outside of Recife, northern Brazil. It was here that Benji first fell in love with Latin America and where he decided that once he graduated, he would focus his efforts on working for/in the region. He started his career at Merrill Lynch and following the sale to Bofa he was subsequently involved with the setup and roll-out of LatAm desks at two of the world’s biggest financial institutions (RBC, and HSBC). During his time in the banking world, he personally oversaw books of $500M – $1BN and was very focused on the institutional and ultra-high segments.

Before joining Catalyst, Benji spent 8-and-a-half years with the Maitland Group where he was responsible for building the company’s presence in Latin America from a virtually unknown brand to one of the most sought-after fund offshore administration providers. At the time of his exit, the book represented over 80 clients and +$5.5BN in AUA. Benji also has specialized experience in offshore financial services, initially through spending 6 years working in Private Banking, followed by 8 years in the fund, corporate and trust administration environments. He loves nothing more than being challenged to find a solution for his clients, no matter how hard the demand and is renowned for being “a dog with a bone.”

Today, Benji is one of Catalyst’s four founding partners and is the Co-Managing Partner together with Scott Price. Benji also has some other colourful life stories that he should rather share with you in person.