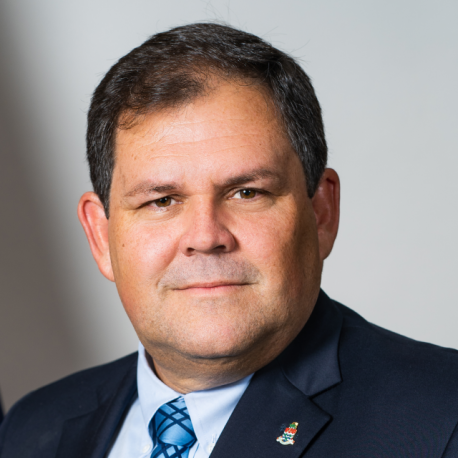 Premier of the Cayman Islands | Minister for Sustainability and Climate Resiliency

Premier of the Cayman Islands, Hon. G. Wayne Panton, JP, MP, served in Parliament as a Member for Bodden Town, and as a Cabinet Minister from 2013-2017. Following his re-election as Member of Parliament for Newlands in April 2021, Mr Panton was sworn in as Premier on Wednesday, 21 April 2021.

Following graduation from sixth form, he attended the Cayman Islands Law School and joined the firm of WS Walker & Co (now called Walkers) as an articled clerk. After qualifying in 1988, he joined Walkers as a corporate and trust associate. Mr Panton became a partner in Walkers in January 1997.

Mr Panton grew up on the water, so loves the sea and has logged many miles of open ocean fishing and travelling. His love for the outdoors is also reflected in such diverse interests as diving and flying. He resides in Newlands with his wife, Jane.